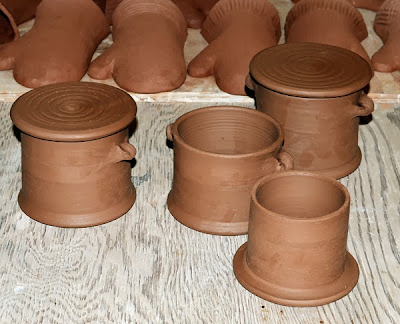 P.S. Those things in the background really are mittens. They are terra-cotta and will get bunches of greenery and red ribbons to hang them on doors and they are a pain to make but very popular and very Christmas-y. Super Helper does not like making them, and after this week, neither do I! But they are nice, and it wouldn't be Christmas without 'em.
Posted by Lis at 6:55 PM No comments: