It's been a plate kind of month! I had a lovely order for a dinnerware set, a workshop involving place settings coming up, and needed bisque plates to have on hand for stock, so my plate making systems got a bit of a workout during January and the beginning of February.

Plates are paradoxically both easy and difficult. It's easy to make one plate. It's even easy to make eight plates, all more or less the same size. What is extremely difficult is to make a set of plates, all of which will stack neatly. Most customers want plates that will look good both while set out on the table and while stacked in the cupboard, and who can blame them.

Early on in my pottery journey, I decided that trying to throw plates to satisfy this double requirement was just not feasible. I'd have to charge so much per plate I'd never sell one. So I looked around for other ways of making plates. I was delighted to find an ad in a pottery publication for a Jigger/jolley machine for sale. I called and arranged to come down and see it and said I'd probably buy it. Luckily,  I had a new truck at the time, and the long trip down to Kincardine didn't alarm me. My husband and I had a fine time driving down, staying in several B & B's along the way, and duly arrived at the potter's home.

The men were sure the machines and molds would fit in the back of my pickup. We didn't discuss the weight! The Jigger, as I found out later, weighs about 500 lbs, and the slab roller not much less. Each mold, and there were over 80 of them, weighed at least 2 lbs. So you can imagine how I felt when the potter, who was well over 70, and my husband, a totally non-athletic absent-minded professor type, lifted first the Jigger and then the slab roller, into the truck. They said they used Zen!

We drove home slo-o-wly. The truck wasn't rated for that much weight but with care we got home. It took two hired movers men to get the gear off the truck, which, when you think about it, was downhill. Robert and the potter moved them uphill! 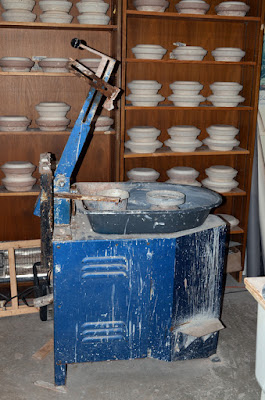 Here's the Jigger, nicely covered with slip to show it really is a working machine:

Basically, you place the mold of your choice in the 'cup' - which you can see to the right inside the grey rubber splash pan. Then you place a clay slab on it, bring down the arm, and 'cut' the plate.


I don't know the brand, or the age. I suspect Ratcliffe, and old. There is no info plate anywhere on it, and the innards are most mysterious. I just know to oil it certain places, and keep my fingers crossed. 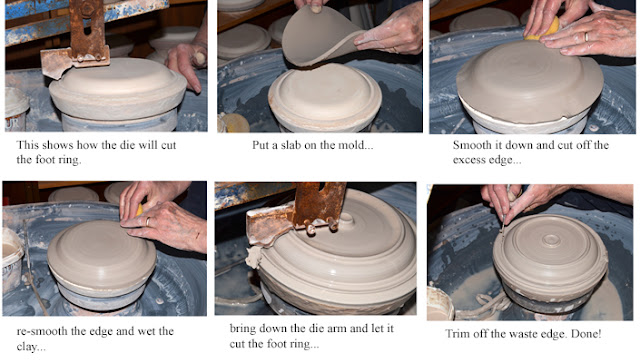 Of course, I do have other plate making tricks in the bag. There's a company called Pure & Simple that makes a system where a base fits onto a regular wheel on the batt pins, and then you makes plaster molds in the shape they supply that fits onto that base. Then you poeceed more or less as above. Here is mine in action: 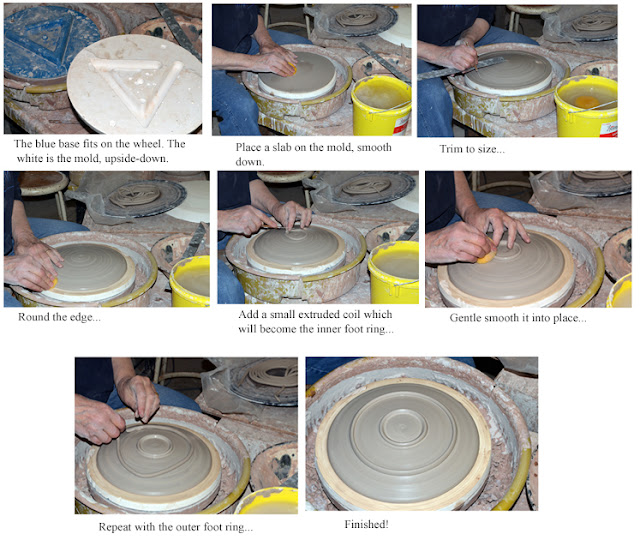 Plates made like that do warp a bit. It's best for 'wonky' plates, which can be quite nice! Also, you can vary the foot rings, even make quite large ones to make plates or platters with pedestal bases.

Of course, you can make your own molds, and just sit them on a wheel. Here's a big one I made when I was trying to make round platters with foot rings: 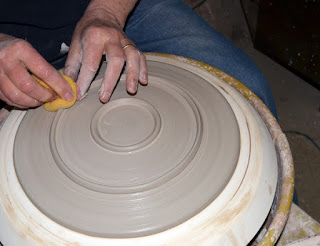 The plaster mold is just sitting on top of the wheelhead. It works pretty well, but again, the platters do tend to warp a bit.

And the plates? Well, here are some: 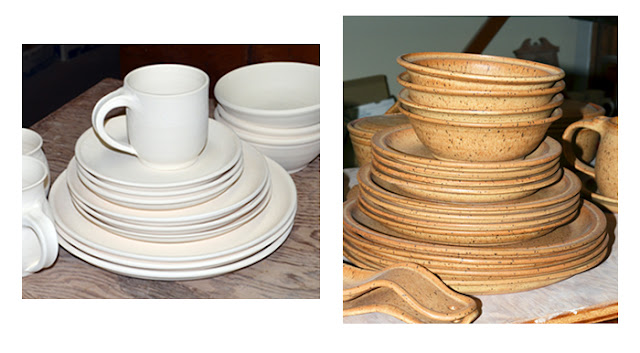 My truck was OK, by the way. It went on to ferry myself and many plates for another 14 years.